My Mother is a Gourmet Chef 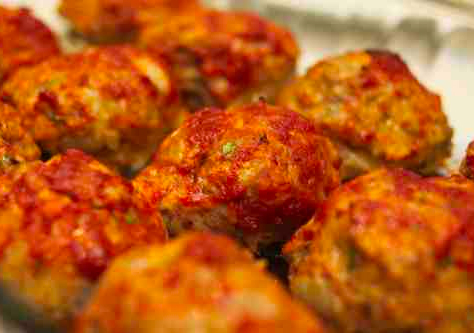 Stories Told at My Mother's Recipe

I can’t remember the first time I ate a meatball, mainly because they were a weekly event in my home since birth and beyond.  My dad was a butcher, so we were often treated to some form of meat at meals, but Sunday was the day when it got the regal roll-out: heaping, steaming plates of gravy-dripping pork, lamb and sausage. But the much awaited star of the show was the humble meatball: fat, round, gravied or just plain fried.

Truth be told, I never appreciated the esoteric value of these delicacies until I was grown, and my family would come together for Sunday dinner. Mom, Dad, six siblings, four in-laws, eight nieces, and two nephews all descended on a bowlful of hot, freshly fried, garlic laced, crunchy, juicy balls of meat. I still remember my nieces’ and nephews’ fat little fists holding meatballs bigger than their hands, their little mouths working to devour their prizes. Then, as they grew into young teens, they’d fly in the front door, scanning the counter for the golden bowl. The meatballs would disappear almost as soon as they arrived. Any latecomers would have to be content with meatballs already cooking in gravy. They would do.

From time to time I prepare the meatballs from my father’s recipe, though it has never been written down. Stale bread soaked and squeezed, egg, beef, pork, lots of garlic and grated cheese with a pinch of salt, the quantities remain unknown. Mostly I go by the smell, the right combination of meat, garlic and grated cheese that tells me when it’s just right, ready to be plopped into a frying pan with just enough oil to keep from sticking.

I am so proud when they emerge from the pan smelling and tasting the way I remember. My nephew reminds me of the significance of the smell, very distinct, and evocative of those treasured memories that link my family so hard and fast. Though most of my nieces and nephews now eschew the eating of meat, those meatball memories still inspire reverence, not only for the heavenly taste, but more correctly, for the fact that we were together; the delicious comfort of honoring a shared heritage; and the certainty of love. 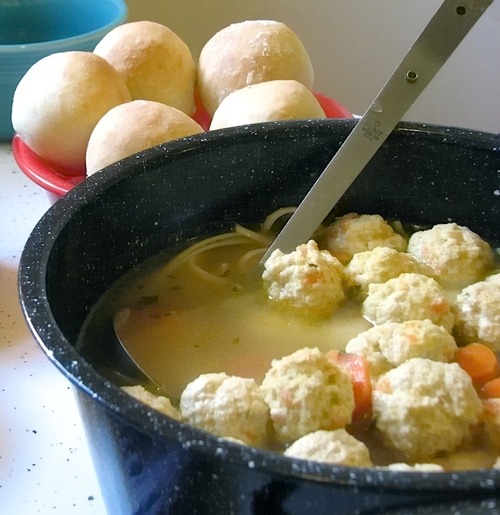