Cry Me a River

Dancer Dr Zeleznik is a home visit geriatrician in New York City and co-founder of The CareGivers' Project. Dr Zeleznik has been studying contemporary ballet and old fashion modern dance techniques for over 40 years. 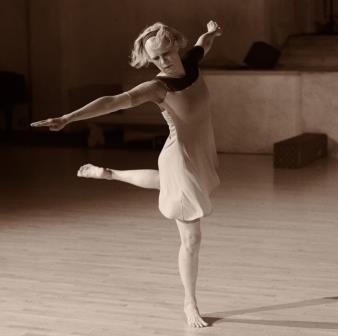 Notes from the Dancer

This solo, "Cry Me a River,” has the same title as the torch song written by Arthur Hamilton for Ella Fitzgerald and made famous by her recordings. The song is a you-done-me-wrong-song speaking of a river of tears about a love relationship which is my definition of giving care to an elder. I am dancing to an electronic instrumental version performed by  David Garrett, a virtuoso classical cross-over violinist.

The dance is about healing a relationship, which included years of estrangement, with my father Leonard during the years that I was his caregiver. He lived the last five years of his life in nursing homes and was in need of companionship, intellectual stimulation and lots of advocacy because nursing homes are neglectful, dehumanized places to live.

This electronic instrumental version of Cry Me a River made sense for the story of how caregiving healed a contentious relationship because it passes through quiet, contemplative earthbound moments with some big booms for breaking out of the struggle or standing on your own. I can definitely feel swept up in the river of tears when he plays the refrain of the river. The musician, David Garrett, similarly had a contentious, abusive relationship with his father at an earlier time in his life, which I discovered months after working on the solo with choreographer Teresa Perez-Ceccon. It now feels like serendipity that I chose this version of the song, and I found it comforting to share a father-child story with this remarkable musician.

Talking and writing about my caregiving experiences is easy for me. I can tell a story about an aspect of caregiving which has a nascent beginning viewpoint, middle, and take-home lesson learned. Creating a written story about my caregiver journeys is simple use of intellect, and so much easier than expressing them in dance turned out to be. I can't recall my expectations of what this would become when Teresa and I first started to work on choreography in rehearsal, but the exploration of what underlies the performance aspects has not stopped evolving.  Both writing and dance have a finished product that is modified in concept, revised in quality, and critiqued by self and others during the creative process, but performing a dance is the dancer's physical body conveying meaning with core essences of physical, emotional and intellectual capacities. Dance, like all live performance art, is in the moment. It’s difficult to be in some of these historical relationship moments while also being in the moment on stage, years later. Writing about a caregiving experience seems more measured, contained, and containable compared to dancing about a caregiving relationship.

The other cast members of In Time & Space were essential to my process. We had ongoing discussions about the caregiving story and the present difficulties of translating these into dance. The other dancers were synergistic for me finding emotional depth in movement. Many times one of them saw meaning in a gesture that was an "ah ha" for me. For example, "he won't take what you are trying to give him."  Indeed that was what it was, but I needed someone else to see it. These gestures that can be seen in the choreography are: embrace, push away, hand out a gift, scoop up as in to protect the fallen. One thing that was helpful was to put Leonard in a location downstage left which gave me a reason to move away and toward him there.

Cry Me a River starts on the floor as my youth and growth followed by bursting out as a capable self. In the dance, as in life, I had to run away to become a whole adult. I became my father’s caregiver not because he asked me to, but because my brother’s life and health were compromised. My brother made it clear that he needed to end his caregiver role. I accepted this task. That’s one gift siblings give each other as caregivers.

A few days before the premiere performance I went to a small funeral for a woman who had been my patient for 14 years. Her son led us through a seven-step, two-minute guided meditation to bring her qualities into us. Each mini-meditation led me right back to the dance I was about to perform for the first time about Leonard, by showing me what I had done as his caregiver—which was obscured by our complicated relationship. Revealed to me by the recently deceased Camille were the qualities “persist” and “protect.” In effect I found my caregiving relationship with Leonard by stepping back from it. 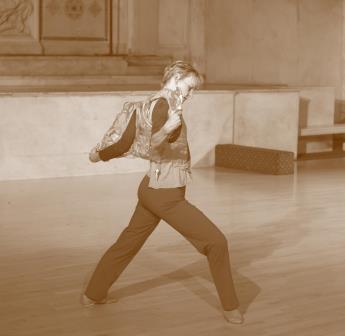 It's all about relationship