K is for Kiss

According to Tiffany Field, the director of the Touch Research Institute, holding hands stimulates the vagus nerve, which decreases blood pressure and heart rate and puts people in a more relaxed state -Wikipedia

The human hand normally has five digits: four fingers plus one thumb; these are often referred to collectively as five fingers, however, whereby the thumb is included as one of the fingers. It has 27 bones, not including the sesamoid bone, the number of which varies between people, 14 of which are the phalanges (proximal, intermediate and distal) of the fingers and thumb. The metacarpal bones connect the fingers and the carpal bones of the wrist. Each human hand has five metacarpals and eight carpal bones.

Fingers contain some of the densest areas of nerve endings in the body, and are the richest source of tactile feedback. They also have the greatest positioning capability of the body; thus, the sense of touch is intimately associated with hands. Like other paired organs (eyes, feet, legs) each hand is dominantly controlled by the opposing brain hemisphere, so that handedness—the preferred hand choice for single-handed activities such as writing with a pencil, reflects individual brain functioning.

Among humans, the hands play an important function in body language and sign language. Likewise the ten digits of two hands, and the twelve phalanges of four fingers (touchable by the thumb) have given rise to number systems and calculation techniques - Wikipedia 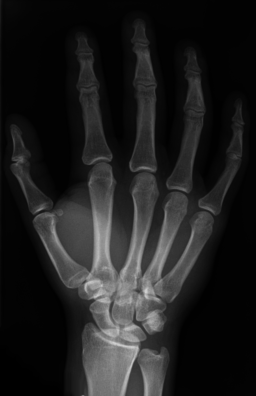 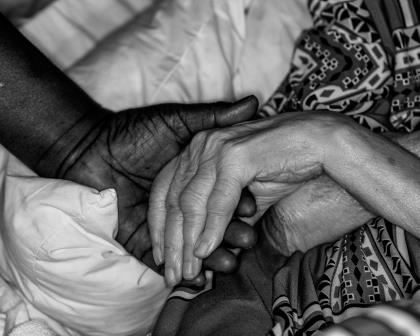