Not a Walk in the Park 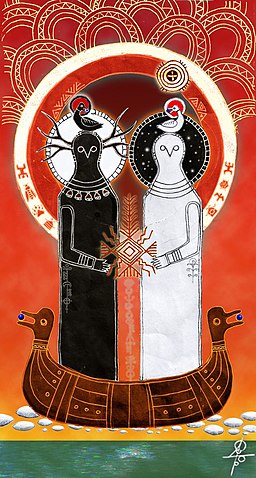 She Won't Be the Last

I answered the phone on late Saturday morning, and his daughter started the conversation, “Dr Zeleznik please please please agree to see my father.” That would be a first. I could hear her loud and clear. She had a need and she was prepared to advocate for it with an emotional appeal. How could I turn down an honest expression of a caregiver in distress? She described that he had had a “cold” two weeks earlier. It had been mild, but because our life has been invaded by a new virus, he had stayed home as anyone with symptoms was supposed to do. He stayed home to avoid spreading his own germs, but when he felt better after DayQuil and NyQuil, he went back to the neighborhood physical therapy office. The following day he developed a sore throat, cough and difficulty breathing.

In the era of ambulance sirens, in the time of our invisible predator, difficulty breathing is the virus. People are calling me, desperate to save their elders, but I know that I am no match for the virus’ effect on the body, so I have to tell them if they want a chance at the goal of "save" that they have to go to the hospital where we all imagine the aloneness, a place without comfort, a place no longer associated with healing. This call was from a daughter who wanted her father to live, but if she couldn't have that then she was determined to allow him to die at home, with her steady presence and not alone. His daughter was someone who met death when her older brother died during her childhood. In recent years she was the hospice care partner for her mother. His daughter made it clear that she had met dying and needed to be in her father's presence for the process.

In the era of ambulance sirens, I tend to listen to all of the callers then say things like, “I can’t reverse this at home,” when I get calls for oxygen saturation levels not compatible with aerobic life in elders who have a litany of medical problems. I said that to his daughter and then repeated what I thought she replied, “So you want me to help you care for him while he dies at home?” His daughter’s call was my first clear request for palliative care plan during our era of ambulance sirens. She was the third or fourth person who clearly couldn’t bear the thought of being separated during an institutional palliative care death. No hospital is going to allow a family member to witness a death in a hospital room let alone permit the comforting of physical contact, music, photos, and hand-made crocheted blankets. She was the first caller to need more than a future planning conversation. Her father was actually dying of the virus now.

When the leaders say "save" lives, they put the unsaved in a statistical category. All of these people who had rich lives, who cannot be saved or are unsavable are taking up space in hospitals. I imagine them sidelined and down-triaged. I wonder if they are given continuous intravenous morphine to ease the suffocation. Nobody is writing about the palliative care of those isolated from family who are also isolated from the last sensations of life by induced coma on a machine or not on a machine.

She was the first caller with no expectation of recovery. At the first visit where I met two people without benefit of facial expression, I saw a man who was suffering, measured to be hypoxic and clearly scared. I did say there was a chance of recovery because at that moment it was true.  She was calm, enabled, goal driven, and able to ride the waves we encountered on a river of the next three days. Yes, I only knew him for three days. I'm not sure that I did much for his suffering, but I know his daughter did. I knew that he knew she was there. I knew that she gave what we give to the dying, the gift of arranging for death in a familiar bed and the gift of the most important person being present to witness and comfort.

His daughter will not be the last person to call with no expectation of recovery. I hope all other caregivers who call also advocate with an emotional honesty necessary to meet the physical and spiritual needs of someone they love.

our era of sirens

organizes itself according to

an oppositional and yet

through which the supreme God

and Chernobog  the "Black God."

or waxing light and

She Wont Be The Last Reading from The Flourishing Center on Vimeo.