Why are you yelling at your mother? 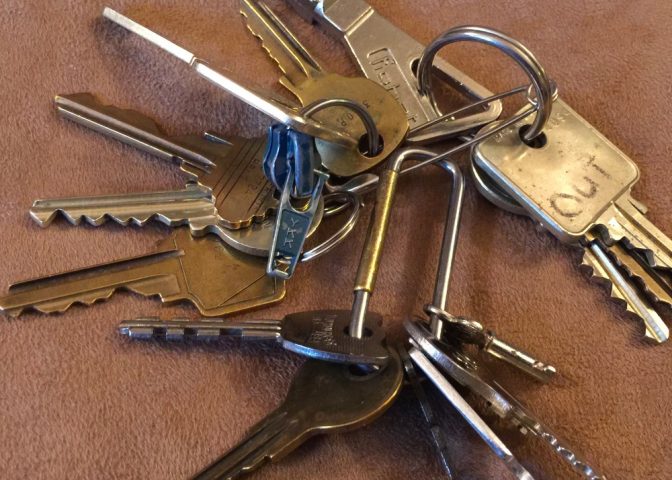 As if I am Holding His Hand

I just found my father’s keys. The ones he gave me
as we were leaving his house to go to the hospital.

The keys that he gave me to hold until after he was well
and came home from the hospital.

That's what I told him. We were going so he could get better,
and then he would come home to my mother.

I would keep them safe until he came home,
the heavy set of keys that he carried in his pocket, always.

But when he didn't come home, I still had them,
the whole set of keys that weighed down my bag.

When he died, I threw them on my table as if in anger,
unable to reconcile their existence with the lack of his.

Since then, papers and books have piled up
over them. Just landed there.

I have made a conscious decision, eight months later,
to clear off my table. I began this arduous task today.

And after a few layers, there they are. The buried keys.
I'm holding on to them as if I'm holding his hand.

I'm holding the same keys he carried in his pocket.
I feel inconsolable and as raw as when he first left us.

As if holding his hand and guilty for lying to him that
I would bring him home, but I didn't.

I wonder amid the doubt: Should I have done hospice at home?
Other regrets twist and weigh, like these keys, bereft of an owner

From text received by Thyme N. Haff in email from Jayne Greenberg-Miller on February 23, 2016 with help from Menna 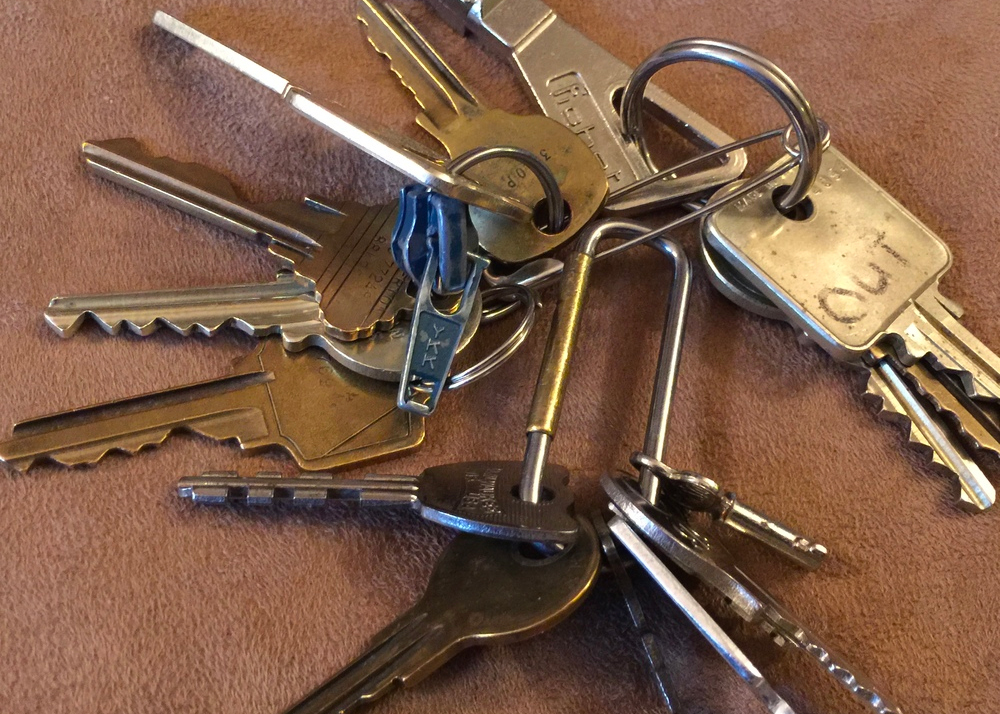