The majority of caregivers are better at taking care of others than they are at taking care of themselves. The stereotypical belief is that this is a willful act of self-sacrifice, but I think it is more often just a discrepancy between two unrelated skills. The skill to take care of self and the skill to take care of others really aren't related, and they aren't inversely proportional.

George was like that. George had absolutely no skill in caring for self, yet he was a serial caregiver. He didn't change diapers or spoon feed or give sponge baths. George did another thing that caregivers do which is rarely recognized. He was just there, undistracted and wholly in the room, at the bedside, a weighty presence in the chair. George was neither selfish nor selfless. He just did it his way. He was unafraid to sit in the chair next to a person whom he had known for years while that person was slipping and involuting into dependency. Sometimes he filled the room with irrelevant chatter, but he also made his presence known silently, as a pensive hand holder.

George was a caregiver to his mother-in-law when she needed supervision and companionship in her apartment, then later providing encouragement in a nursing home, and then just observing as a witness when she entered hospice. He was counted on by a large family to stay out of caregiving politics, and rather just be present.

George was a caregiver to Agi, the husband of a friend of his wife. He commuted to visit Agi who was homebound just to talk about guy things and the culture that they shared. This allowed Agi’s wife to take a little respite from time to time. The commitment lasted as his friend was imperceptibly less and less able to participate in the conversations. Like most caregivers, George might not have overtly acknowledged the incremental decline during the visits when he showed up to reminisce with his receding friend.

George was a caregiver to Leonard, the father-in-law of his niece. George didn't really like going to the nursing home where Leonard lives, but it was nearby and Leonard’s mind was not compromised. Leonard would report George's act of making a visit rather than the content of their conversation. Just that effort of showing up meant to Leonard that his restricted life was still valued by someone who was not obligated to be there. As Leonard would say, “Yes, George came today, just to shoot the shit.” And that’s one way of being a serial caregiver. George was skilled at taking care of others in his own way.

The CareGivers' Project would like to acknowledge the dedication that George Taira gave as a volunteer to My Mother's Recipe events over many years. 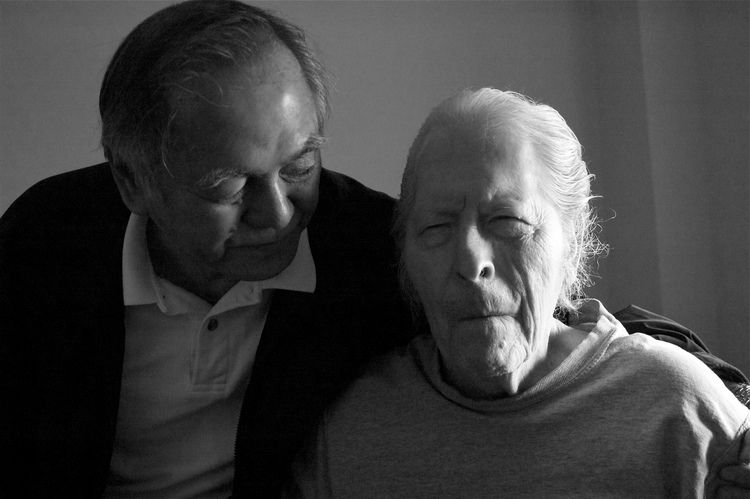 And now, the end is near
And so I face the final curtain
My friend, I'll say it clear
I'll state my case, of which I'm certain

I've lived a life that's full
I traveled each and every highway
And more, much more than this
I did it my way

Regrets, I've had a few
But then again, too few to mention
I did what I had to do
And saw it through without exemption

I planned each charted course
Each careful step along the byway
And more, much more than this
I did it my way

Yes, there were times, I'm sure you knew
When I bit off more than I could chew
But through it all, when there was doubt
I ate it up and spit it out

I've loved, I've laughed and cried
I've had my fill, my share of losing
And now, as tears subside
I find it all so amusing to think I did all that

For what is a man, what has he got?
If not himself, then he has not
To say the things he truly feels
And not the words of one who kneels

The record shows I took the blows
And did it my way
Yes, it was my way